• “The Leaving Of Liverpool” set to a picture of the housing album cover. Thanks to Ewan MacColl – Topic.

In 1962, five years on from first doing so, Ewan MacColl and A. L. Lloyd delivered another solid set of sea songs and shanties, Ewan taking lead vocal on 9 of them, A. L. Lloyd doing so on the other 9. Just over half of the songs were sung a capella, the rest with Alf Edwards (concertina) and/or Dave Swarbrick (fiddle).

The albums greatest treasure lies with “The Leaving Of Liverpool”, a true classic in the Ewan MacColl catalogue. Of this one, A. L. Lloyd wrote:

“W. Doerflinger got this nostalgic song from a well-known shanty singer, ‘Captain’ Dick Maitland, who learnt it from a Liverpool man when he was bosun on the General Knox about 1885. It seemed to have disappeared from its own home town, but since Doerflinger printed it, it has taken a new lease of life, and is now not infrequently heard in the city folk song clubs.”

In the hands of these men, the old art of the sea shanty is expertly handled, opening up the sub-genre to new musical adventurers.

chorus:
So fare you well, me own true love,
When I return united we will be,
It’s not the leaving of Liverpool that grieves me,
But me darling when I think on you.

I’m off to California,
By the way of the stormy Cape Horn,
And I will send to you a letter love,
When I am homeward bound.

Farewell to Lower Frederick Street,
Anson Terrace, and Park Lane,
Farewell it will be some long time,
Before I see you again.

I’ve shipped on a Yankee clipper ship,
Davy Crockett is her name,
And Burgess is the Captain of her,
And they say she’s a floating hell.

It’s me second trip with Burgess in the Crockett,
And I think I know him well,
If a man’s a sailor he can get along,
For if not then he’s sure in hell.

I am bound away to leave you,
Goodbye me love, goodbye,
There ain’t but one thing that grieves me,
That’s leaving you behind.

Ewan MacColl is known to most people as a songwriter and singer, but he was also of significant influence in the worlds of theatre and radio broadcasting. He was a committed socialist all his life and his political sensibilities underpinned all his creative activities. His art reached huge numbers through the folk clubs, greater numbers through his recordings and untold millions through the radio. Although The First Time Ever I Saw Your Face and Dirty Old Town remain his biggest ‘hits’, MacColl wrote songs for many different contexts: incidental songs for theatrical productions, commissioned pieces for labour unions or political causes, songs stitched together from vernacular speech recorded for the radio documentary series The Radio Ballads, songs for rallying, striking, marching… and, of course, songs for singing in folk clubs.

For sixty years he was at the cultural forefront of numerous political struggles, producing plays, songs and scripts on the subjects of apartheid, fascism, industrial strife and human rights. It has been said that he was an enormous fish in a small pond – but the ocean of traditional song and speech upon which he navigated and hunted owes him a great debt for the treasures that he returned to it.
ewanmaccoll.co.uk 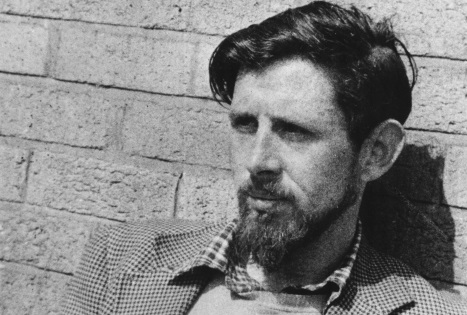