About The Jukebox Rebel

“Classic Trance Rock from the USA”

From her album “No Home Record” released in October, 2019.

This stunner served as the 4th and final single taster just before the release of the album, the first full-length to be solely credited to Kim, now 66. You can’t rush these things. There was a time I wept nightly for the demise of Sonic Youth, the second group of Planet Earth’s Rock n Roll world order. I weep no more, my hunger is satisfied.

With sexism yet rife in the music industry, the song is written from the point of view of a lecherous male musician. Musically, Stooges’ 1969 meets The Normal’s Warm Leatherette on an incessant groove, the locked rhythm section allowing a somewhat chaotic underbelly to run wild, as the star of the show delivers her trademark breathy vocal, requiring no scaling of octaves to create dramatic effect, but not afraid to do so all the same as the tension rises. It’s a wonderful performance all round.

“‘Why a solo record? And why now?,’” Gordon mused of the upcoming solo debut. “I don’t know, but it wouldn’t have happened without the persistence of Justin Raisen. Living in LA the last few years it feels like home, but the transience of the place makes it feel sometimes like no home.” 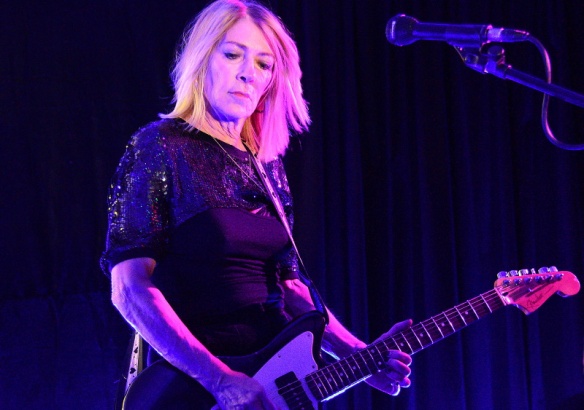