• “Let Me Take You There” original music video. Thanks to Owd Scrat Records.

As I’m led to believe, ‘Alain Chamois’ is a fictional character created by award-winning avant-garde artist Paul Rooney, and is presented with the back-story of being a music journalist turned experimental artist. Chamois has existed since the 90s when he used to write sleeve notes for Rooney, the band. “Let Me Take You There”, officially his first single, has had a long gestation period, with segments appearing in installations over the last 20 years. As I understand it, a fairly matured version was available in 2003 on a very low-key basis, and a unique version was specially recorded for Pete Jackson’s show on Dandelion Radio and broadcast in the snowy February of 2018. I’d like to think the single version – almost identical to the Dandelion session version – now stands as definitive.

In it, we hear field recordings from a field in Calderdale, a graveyard in Heptonstall, get to experience Russ Abbott at 16RPM, hear a sample of Joy Division, learn all about the art of the photograph and are encouraged to contemplate the great mysteries of chance and circumstance.

Let me take you there… 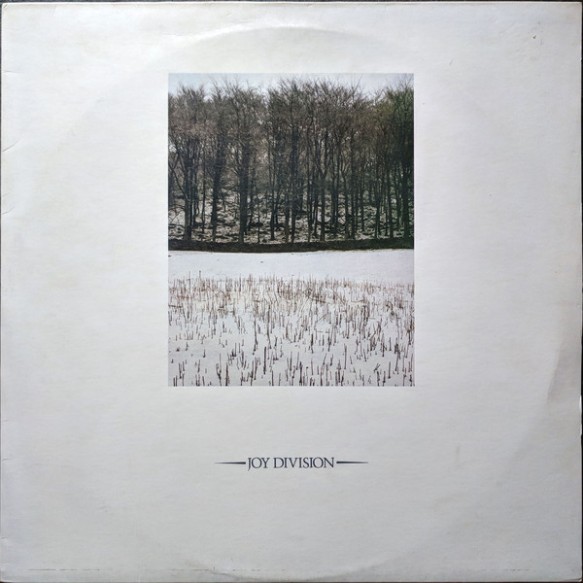 A number of people have asked me how Joy Division came to choose my photograph for their record Atmosphere. Well back in the day Granada TV based in Manchester had a remit to show an arts programme and at that time it was called Celebration. While Daniel Meadows was on an internship he was given the opportunity to make a programme about photography. This was split between Chris Killip and myself and in my case I was then making landscape images using a 5X4 plate camera. We went out into the landscape around Hebden Bridge and I demonstrated the process while taking a photograph near Midgehole. I talked about my aim being to capture an atmosphere. The members of the band happened to be watching the programme, picked up on my comment and felt that this image was the perfect one for their forthcoming record sleeve. The cover was designed by Peter Saville and kept very simple in what has been described as a northern gothic style. People have told me that they feel the photograph does really link itself to the music which I’m really pleased about. ~ Charlie Meecham

So impressed was ‘Alain Chamois’ that he created this ‘audio guide for a field in Calderdale’. Somewhat disconcertingly / humourously (delete as per your disposition), it’s the hellish spectre of Russ Abbott’s ‘Atmosphere’ which initially looms large in the distance, with an invite to “take us there”. It has to be said, the treated half-dead vocal is a great improvement on his famous 1984 smash-a-rooney (ha, sorry Paul!) Our friendly tour guide quickly steps in, advising us to avail ourselves of stout footwear for the winter journey. You get the feeling that he’s going to look after us, as he expertly leads visitors to the very spot where Charlie Meecham’s photograph was taken at Hardcastle Crags, near Hebden Bridge in Calderdale.

Going above the call of duty, our guide offers a poetic critique of the scene before the tourist. All the while, Russ continues to hang around like a rotting fish. Alain, who is very well informed, tells us all about Meecham and remarks that this location is only a few miles south of the Top Withins landscape which inspired the cover of Emily Bronte’s ‘Wuthering Heights’ way back in the mid 19th century. Russ continues with his valiant battle to build a happy atmosphere, even though he’s half dead. Maybe that’s the point; this is not necessarily a cheerful scene. Chamois regales us of the very moment that Meecham captures his image and that, in the Granada documentary, the photographer was fascinated by the two strong vertical elements (the trees and the spiky grass) and one horizontal (the wall). I tell thee, this Chamois feller doesn’t miss a trick, does he?

Similar photographs from the past are linked with Soviet revolutionary Leon Trotsky and English poet Ted Hughes, who was inspired by a pre WWI photograph which has associations with Rochdale and included six young soldiers who’d all be dead within 6 months. Which leads the narrative to 6 young men who’d enter a Rochdale recording studio late in 1979 in the name of Joy Division. Within 6 months of recording “Atmosphere”, lead singer Ian Curtis committed suicide. This is getting spooky. Amusingly, Chamois stays in character, with some sidetrack chat about his music review ‘colleagues’. He goes on to inform us that poet, novelist and short-story writer Sylvia Plath (1932-1963), wife of Ted Hughes, also wrote a poem about this harsh landscape, a 1957 poem entitled Hardcastle Crags. After committing suicide in the winter of ’63 she was buried nearby at Heptonstall. Hughes himself was born nearby at Mytholmroyd.

In the Granada documentary, Charlie covers himself in a grey blanket, which, Alain recalls, was similar to a grey blanket used bizarrely by the singer Dermot Bucknall in his final appearance with the band Rooney in 1994. Location? Not too far from Hardcastle Crags. You just knew it, didn’t you? This is the most startling section of the narrative, where a great many pieces of the jigsaw fall into place, but I’ll let you hear that for yourself.

On first listen, the seemingly random ingredients of the piece seem unlikely, but eventually the constant reminding me of that, reminding me of this making me think of that makes perfect sense the more you think about. We’re all more universally connected than we realise.

Thank you for coming to this field and listening to this guide. Please take a photograph of this place before you go. And have a safe journey home.

No, thank you Alain.

“Let Me Take You There” didn’t trouble pop chart compilers (shock-a-rooney – not!) but the Dandelion Radio listenership voted it #16 in the annual Festive 50 which would, I’m certain, have greatly pleased the late great John Peel.

What are your three favourite tracks of 2019? It’s super-easy to get your entry in there at Dandelion Radio.

Meantime, you can download this classic at Bandcamp if you haven’t already done so. 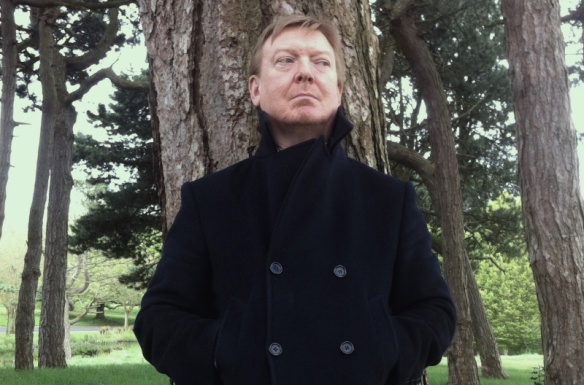